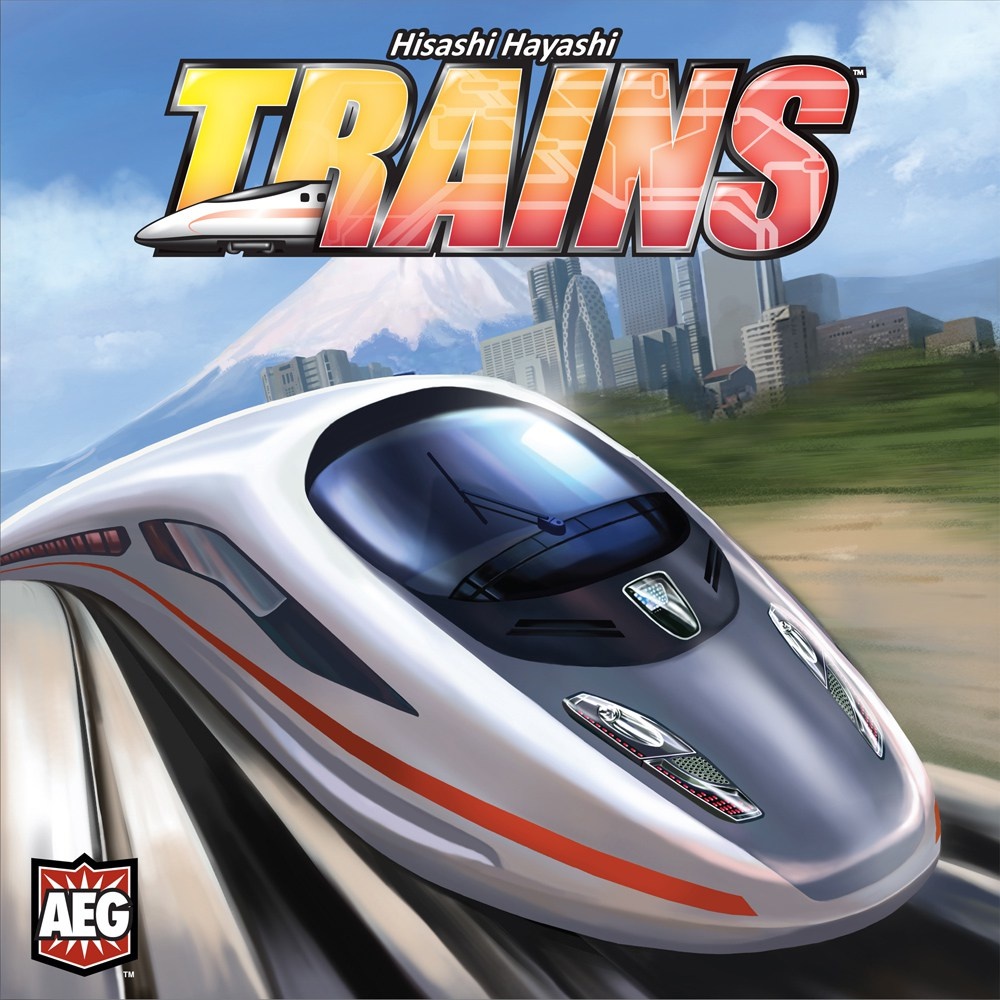 During the industrial revolution, railways quickly spread over the world. Japan, importing Western culture and eager to become one of the Grand Nations, saw the birth of many private railway companies and entered the Golden Age of railways. Eventually, as a result of the actions of powerful people and capitalists, many of these smaller companies gradually merged into larger ones.

Here is where you come in.

In Trains, the players are such capitalists, managing private railways companies and striving to become bigger and better than the competition. The game takes place in modern times with bullet trains, freight trains, and more.

You will start with a small set of cards, but by building a more effective deck throughout the game, you will be able to place stations and lay rails over the maps of Osaka, Tokyo or other locations. The trick is to purchase the cards you want to use, then use them as effectively as possible. Gain enough points from your railways and you will ultimately manage the most powerful railroads in modern Japan!