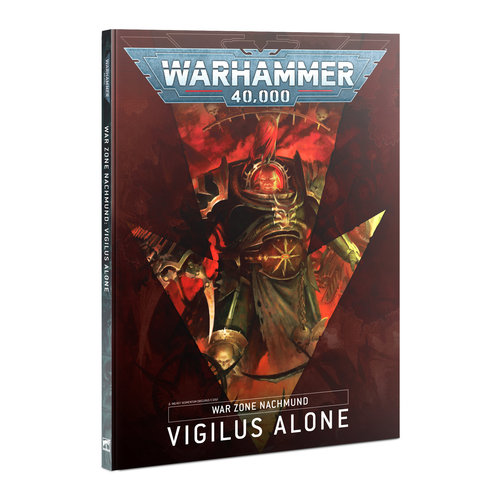 The continuation of the story arc of Vigilus, the critical planet at a point of juncture that oversees the stable route through the Great Rift. Contains Matched Play and Crusade rules. Read more

The worlds of the Vigilus System have echoed to the clamor of cataclysmic war for decades, assailed not only by xenos, but also the armies of Abaddon the Despoiler. A fragile survival was bought at terrible cost – now Vigilus itself must stand or fall without its most heroic savior.

The planet is besieged, its neighboring systems imperiled with the Great Rift closing in. If it cannot stand, then this beleaguered bastion world and all its defenders will be damned for eternity.

- The story of the war's later stages upon Vigilus and the wider threat to War Zone Nachmund, detailing the desperate battles and shadow wars on the planet's surface, as well as the conflicts within neighboring systems
- An in-depth campaign system you can use to join the war for the Vigilus region on the side of the pious Imperial defenders or rampaging Chaos Invaders
- A wealth of Crusade content, including rules to create renowned Adeptus Astartes banners and options to congregate your units into a crusading Army of Faith
- Additional rules content including a Codex Supplement for the Adepta Sororitas Order of the Bloody Rose, a Vanguard Spearhead Army of Renown – a set of exciting themed rules providing a new way of collecting a Warhammer 40,000 force – for armies of Space Marines, as well as Legendary Missions and lots more

With this book, you will also receive a War Zone Nachmund: Vigilus Alone Campaign Poster.

You will need a copy of the Warhammer 40,000 Core Book to use the contents of this book. 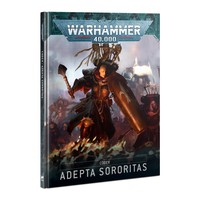