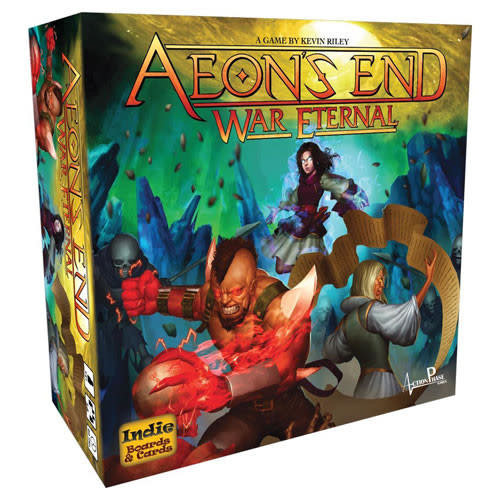 This is a stand alone game that may be combined as an expansion for the Aeon's End Deck Building Game! Read more

Product description
Related products
Description
1-4 Players | Ages 14+ | 70 Minutes
The survivors of a long-ago invasion have taken refuge in the forgotten underground city of Gravehold. There, the desperate remnants of society have learned that the energy of the very breaches the beings use to attack them can be repurposed through various gems, transforming the malign energies within into beneficial spells and weapons to aid their last line of defense: the breach mages.

Aeon’s End: War Eternal is a cooperative deckbuilding game with many challenging scenarios.

Variable turn order simulates the chaos of a cosmic attack and deck management rules require careful planning with every discarded card. Players struggle to defend Gravehold from The Nameless and their hordes using unique abilities, powerful spells, and, most importantly of all, their collective wits.

War Eternal is a cooperative, standalone, deck-building game that can be combined with other Aeon`s End content.
Contents
- 45 Life Tokens 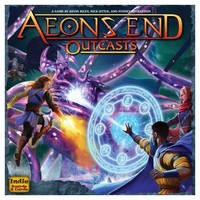