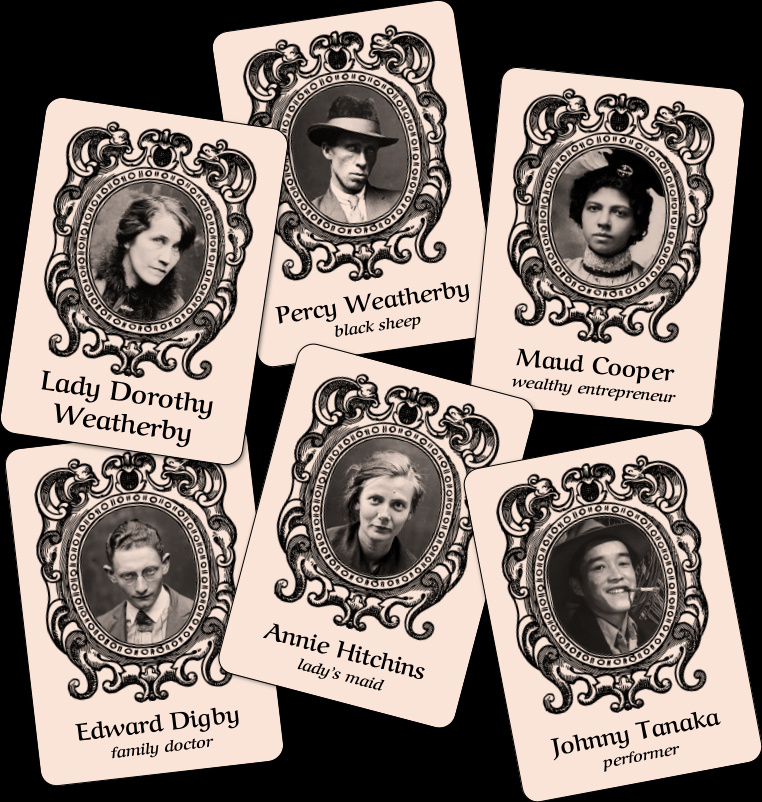 Arsenic & Lies is a 3 hour larp for 5-10 players inspired by Downton Abbey and Agatha Christie novels. Rather than being a classical whodunnit, it focuses on the emotions, relationships and secrets of the characters involved: solving the murder might be less important to the characters than pursuing their clandestine affairs, arranging marriages of convenience or blackmailing their enemies.

- Infinitely replayable: the characters and relationships between them are based on randomly drawn cards and created by the players right before the game, which makes every run unique.

- Requires no game master or preparation: just read the 2-page instructions and you're good to go.

- Great introduction to larps, accessible to non-larpers and non-gamers; it has been successfully played by diverse groups of people aged 16+.