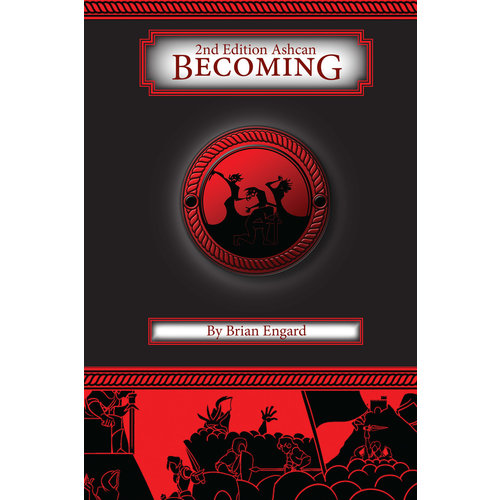 But once you get there, will you be the same?

Becoming is a game for four players. The Hero wants to complete her Quest and make it back home, but if the Fates have their way, she won’t be who she was when she started. Becoming is game about change, compromise, and victory at a steep cost.

What will you become?

This is the second edition of Becoming. It's also an ashcan, which means it's an early release. Sort of a beta. Playtest feedback is still welcome, but the game is playable and fun in its current state.