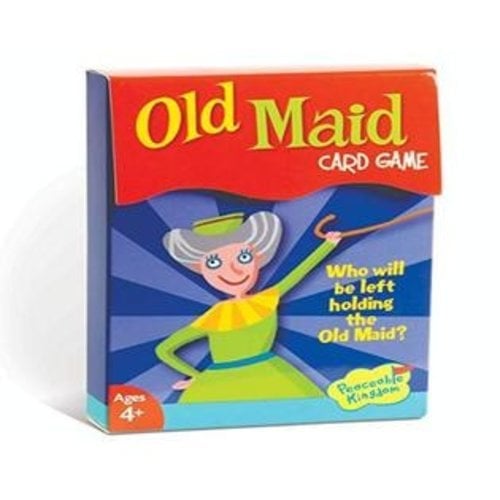 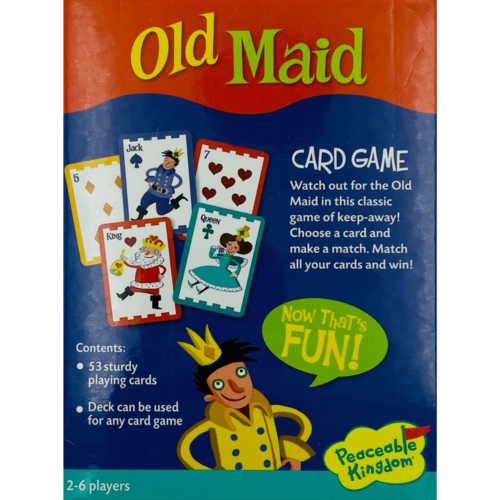 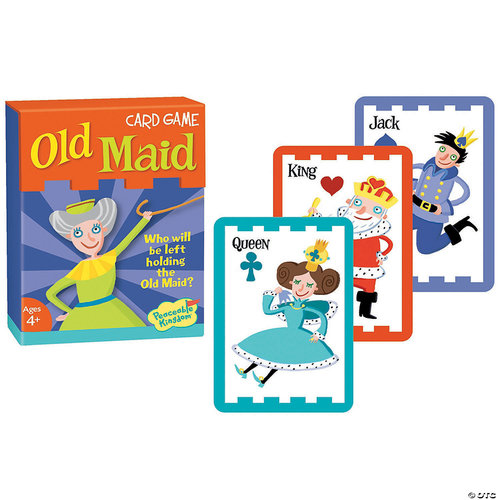 A colorful deck for all sorts of card games. The title game to play is Old Maid, but don't worry, the deck still has 4 queens. Read more

Product description
Related products
Description
2-6 Players | Ages 4+
Old Maid is a traditional children's game. You can buy a deck of cards designed for the game, but it can be easily played with a standard deck of cards:

Throw away all but one of the queens from the deck. You won't use the "extra queens" during play. (You may also want to throw out all black cards or all red cards to speed up the game). Deal all the cards out to the players. Players put down any pairs they have, then keep the rest of their cards in their hand, hidden from their opponents. From here on, take turns; on your turn, draw a card from any other player. If you made a pair, then put it down.

In the end, all cards except the "old maid" (the one queen left in the deck) will be down in pairs. Whoever holds that card loses! Everybody else wins!

The best part of this game is seeing another player draw the old maid away from you. You're supposed to keep it a secret when this happens (because other players will avoid drawing from the victim if they know that they risk the old maid by doing so), but young children usually laugh or gloat when the old maid gets taken from them. Adults playing can make the victim feel better by trying to draw the maid away from them.
Contents
- 53 Cards
Close
Related products 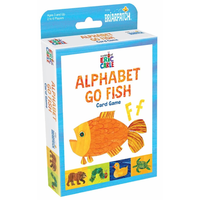 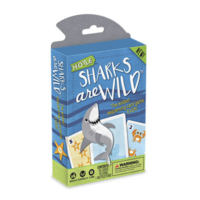 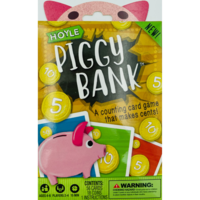 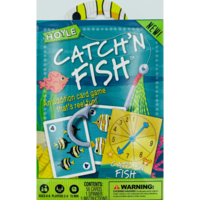 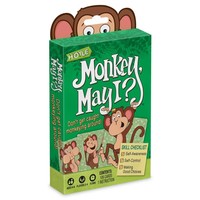 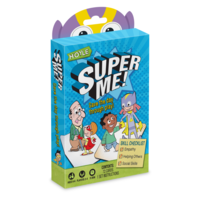 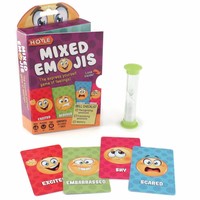 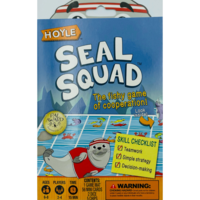 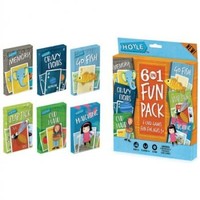