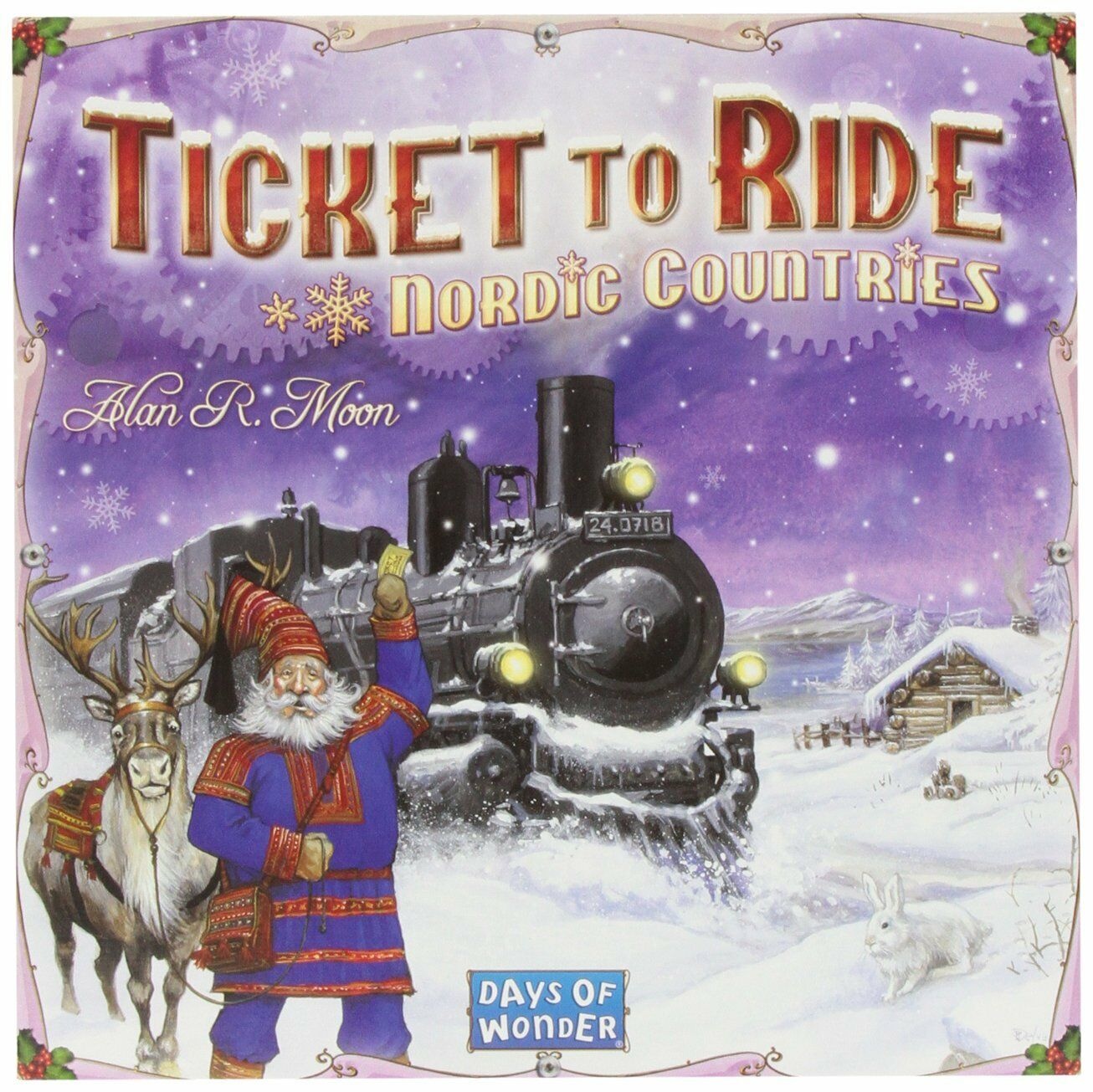 $49.98
Add to comparison Add to wishlist
Days of Wonder
Board & Card , Indoor Games

Ticket to Ride: Nordic Countries takes you on a Nordic adventure through Denmark, Finland, Norway, and Sweden as you travel to the great northern cities of Copenhagen, Oslo, Helsinki, and Stockholm. This version was initially available only in the Nordic Countries of Denmark, Norway, Sweden, and Finland; a worldwide limited-edition release occurred in August 2008 and it has since been kept in print again by Days of Wonder.

The Ticket to Ride series all build upon a core principle for the game. Over the course of the game, players collect cards in order to then claim routes on the game board between two cities. Ideally the players create a network of routes that connect the cities showing on their secret ticket cards. Players score points both for claiming routes and for completing tickets, with incomplete tickets counting against a player's score.

What's unique about this version of the game?

The map incorporates tunnels from Europe and also has routes containing ferries. Ferries will require a certain number of Locomotives to be played, as well as other cards, in order to be claimed. Locomotives are handled a bit differently as well. On your turn you may take 2 Locomotives if you want, but you can only use them on ferries, tunnels, or the special 9 length route.

Unlike the USA or Europe maps, Nordic is designed for 2-3 players only and has a heavier focus on blocking your opponent and more aggressive play. So while this is a standalone game, and does not need the base game Ticket to Ride to play, the gameplay in Ticket to Ride: Nordic Countries is more strategic and a perfect option for veteran TtR players.